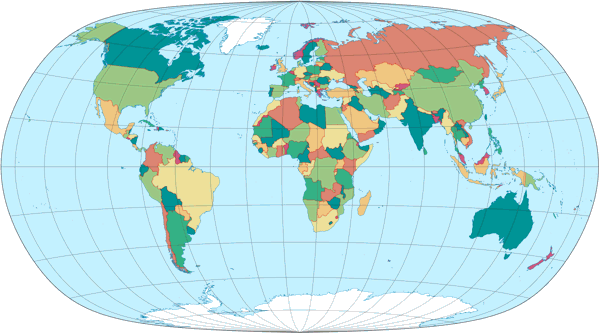 The January sheet shows, as I already announced, the only one of my own experiments in the 2023 calendar.
I like the aphylactic lenticular pointed-pole Györffy F very much – but (again) I feel that its amount of areal inflation is a bit too high.

So I was wondering if I could come up with a projection that has a roughly similar shape but less inflation, and tried to apply Umbeziffern[1] on the Canters W32. The areal inflation was set to 1.35 at 60°N/S, the bounding meridian to 160°, and the aspect ratio of the main axes to 1:1.64. Using the Böhm notation, this would be the Canters W32 90-160-60-35-160. And indeed I arrived at a quite similar outer shape: 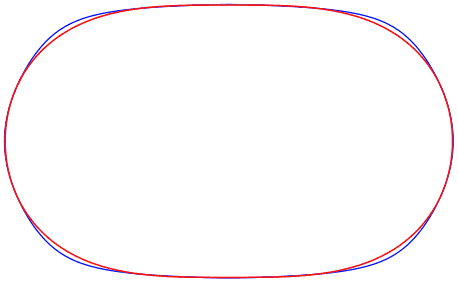 But looking at a finished map using this variant, I felt that it could use some horizontal stretching, so the aspect ratio was set to 1:1.8 (= Böhm notation 90-160-60-35-180). I’ve got no way of knowing, but I’m fairly certain this worsens the overall distortion values. Nonetheless – to me, it looked better.

As promised in the intro to the calendar, I will show each projection in additional representations. Here’s the “OGABO” version:

I think it works quite well, even though I myself have repeatedly said that lenticular projections with their curved parallels are best always shown with graticule lines. However, I have to say: The inflation of Greenland is in this representation much more striking to me than on the physical or political map of the calendar. Here, it’s almost a bit too much for my taste.
The plagal aspect, on the other hand, pleases me without restrictions: 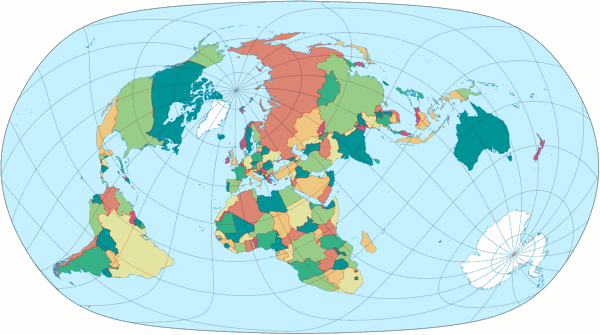 A few days ago, I promised that I’d again talk about pacific-centered maps here. Sorry, but I have postponed that to February.
So long!

To read another part of my 2023 map projection calendar series, select the desired month. 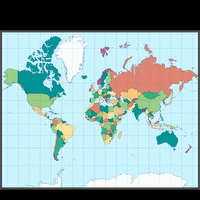 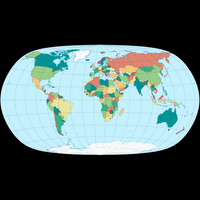