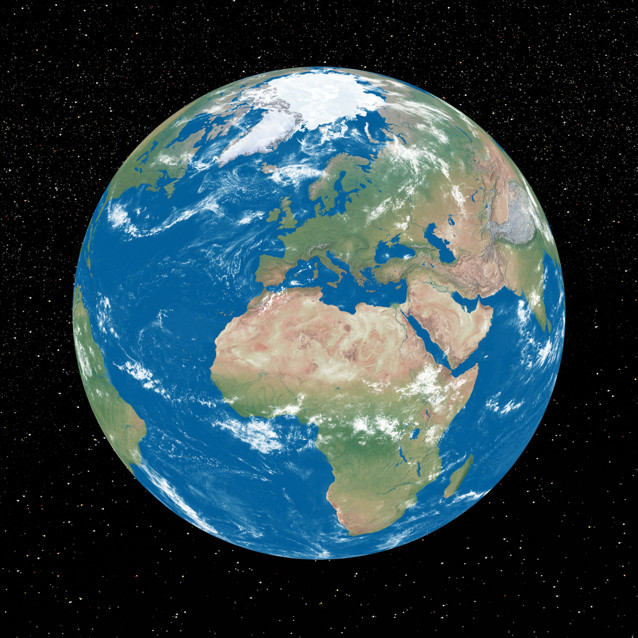 I’m a map projection nerd and people I know have to suffer from it.
It’s not only that I start babbling about the pros and cons of various map projections whenever I get the chance, but each Christmas, a few of them get a map projection calendar thrown into their face.

Five years ago, I thought it’d be nice to hang up a monthly calendar with 12 (or 13, counting the frontispiece) map projection images. And since I’m practical and lazy on top of it, I ordered the calendar I built several times and at Christmas I gave it to the baffled friends/family/work colleagues. And then I made a tradition out of it and now the poor people have to endure a calendar like this every year.

You could think that I’ve already bored enough people… but now I’ll start on you! And since I can’t hand out a calendar to each of you, I’ll just talk about it.

So this year I will write about a projection once a month – the one that the calendar shows in the respective month. I’ll try to keep it short and simple but I don’t promise anything. 😉

Today, I’d like to show the title image (see above) and I’d like to mention briefly how I select the 12 projections: Well, I just try to put together an interesting mix of different projections. Different in their appearance, but also from different groups and having different properties. I try not to repeat myself, so I don’t select projections that have been in one of the previous calendars – except I show a different aspect or different configuration.
Of course, by this time it’s getting hard to find another 12. Yes, there are hundreds of projections but for example I really don’t have to show each and every pseudocylindrical. So the 2020 calendar may even be the last one – but I already thought that last year…
We’ll see.

For the frontispiece I chose the unprojected earth…
Well, no. Since it’s hard to put a sphere with a diameter of 12,742 km on a 20 × 20 cm calendar, I chose the next best thing: The Orthographic Projection, centered to 31°N/10°E so I can see my home. To make it look like the Earth, viewed from space, I projected a clouded Earth image and a starfield taken from the Natural Earth III image set.
And yes, I wanted to take 30°N. I like round numbers. Must have been a typo when I entered the coordinates. 😳

Soon, you’ll see the January page of the calendar, after that the series will continue monthly.