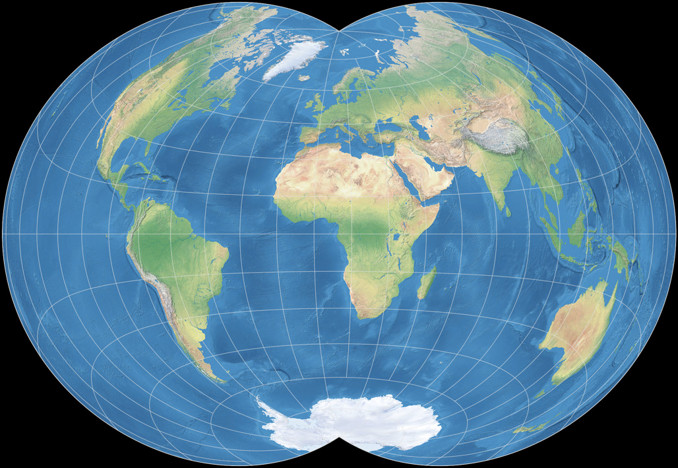 Since I’ve got a lot of catching-up to do, let’s do this really short:

This projection is a variant of the Wagner VII, which show an outer shape that is almost identical to the Dietrich-Kitada. Apart from that and the fact that both are equal-area, they are not very similar: The shape of the parallels and thus, the distribution of distortions are very different.

And that’s it for now.
I’ll show the projection for October soon.

For the image in the calendar, I used a slightly modified version of Natural Earth II with Shaded Relief, Water, and Drainages. Projected with Geocart.