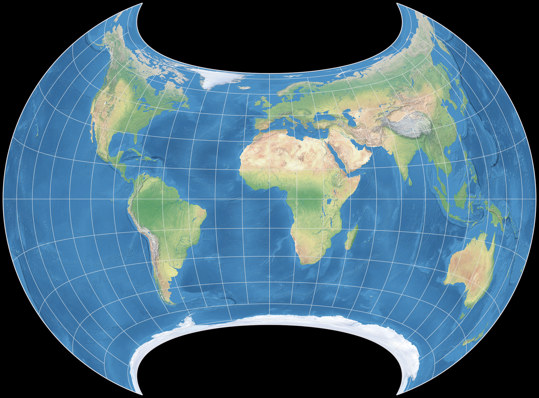 Canters W07[1] is, like last month’s Frančula XIV, an equal-area variant of Wagner VII, optimized for minimum angular distortions. So how come that they look quite different?

First off, they used different metrics: While Frančula optimized using the Airy-Kavrayskiy criterion[2], Canters used his own mean finite scale factor. But more importantly (I guess) is the fact that Frančula took the entire map between 85° North and 85° South into account, but Canters restricts the optimization to the continental areas excluding Antarctica. The different approaches are reflected in the distributions of the distortions: 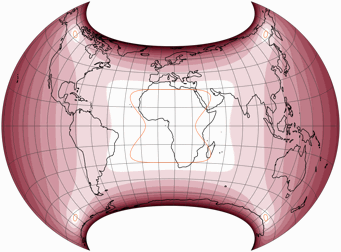 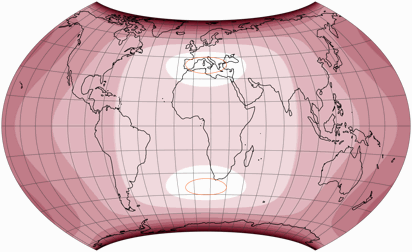 I think it is fair to say that both projections achieve their respective goals.
Interestingly, by Canters’ own comparison scheme, the equivalent W07 even beats such advantageous compromise projections like Canters W13, Canters W09 and Winkel Tripel Bartholomew. Nevertheless, I would only use it after careful consideration, because of the strongly curved parallels and the resulting outer shape.